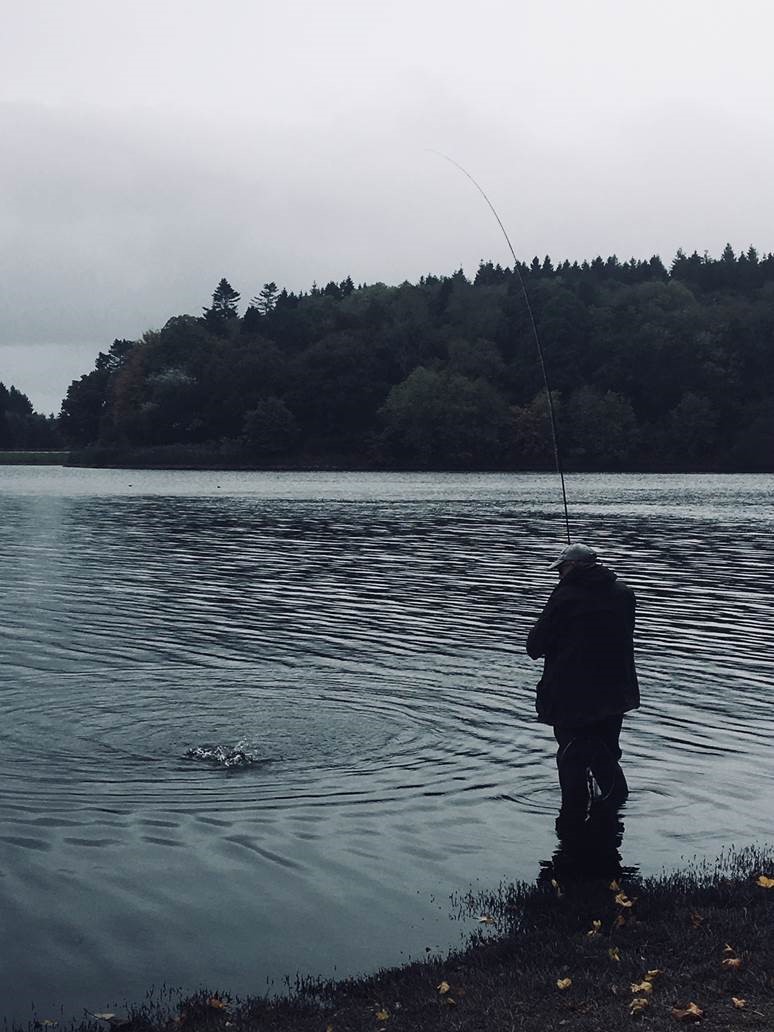 A good number of fish have still been feeding from the surface, which has led to some exciting dry fly sport, particularly with Daddies and Hoppers. Water levels are now starting to rise, while water temperatures are now between 13 ºc and 15 ºc. The Trust’s Brown Trout fisheries closed for the season on 13 October, with the Rainbow waters open until the end of November.

The Trust’s prestigious ‘Best of the Best’ final, supported by Snowbee UK, was held at Kennick on 15 October, with 43 qualifying bank anglers taking part. Weather conditions were perfect, with a good ripple and plenty of fish showing all day. Takes were tentative and a frustrating number of fish were lost before netting, although 70 Rainbows, 20 Browns, and 1 Blue were landed. Last year’s Runner-up, Rob Gale, out-fished everybody and managed to bank six fish for 10lb 14oz to take the Winner’s trophy and a cash prize of £1500. Runner-up Paul Jones landed five fish weighing 10lb 3oz to take the £750 cash prize and Runner-Up Trophy. 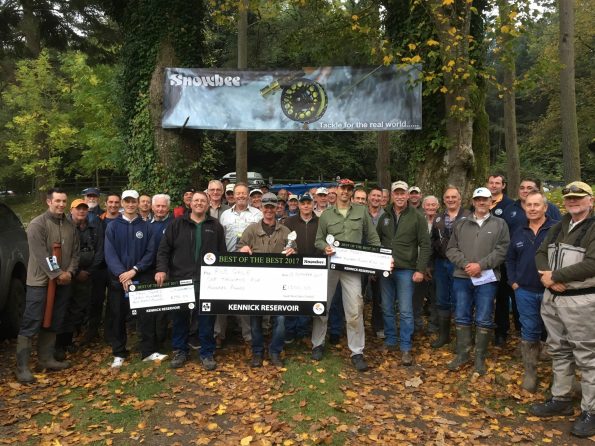 Kennick – Weekly rod averages varied between 1.5 and just under 3 fish per angler over the month, with most fish being caught from the banks (boat anglers did the best when fishing into the margins). Clampitts Bay, Smithacoot Bank and the shallow water off Laployd Bank produced the most fish. When fish fed from the surface in early mornings and evenings, dry sedge patterns and buzzer emergers caught well; otherwise small subsurface nymph patterns (Diawl Bach, Hares Ear Nymphs, Damsel Nymphs and Montanas) fished either singly or in teams on floating lines produced the best results, with deeper fish taking slow fished Boobies. The best fish caught in the month was a 3lb 7oz Rainbow caught by Mr J. Rumbold, while Mr Peppitt, from Newton Abbot, caught the best bag of 16 fish.

Siblyback – Two Meadows and Stocky Bay continued to produce the best sport, mainly for anglers fishing from the banks. While not many fish fed from the surface, they could still be tempted up with Daddies and Hoppers, although the majority of fish were caught on sub-surface nymph patterns (Diawl Bachs, Hares Ears and Pheasant Tails), while Red Blobs and Orange lures caught some of the deeper feeding fish.

Burrator – Longstone Peninsula continued to provide the best fishing from the banks and, with the presence of numerous sedges on the water, Deer Hare and Hares Ear sedge patterns produced good dry fly results, along with Silver Invictas fished on a floating line just under the surface. Parachute Emergers, fished in conjunction with a team of Buzzers and Diawl Bachs, proved to be a productive combination, especially in the mornings, while Kennick Killers fished on an intermediate or sinking line proved to be the most effective deeper pattern.

Roadford – Numbers of Daddy Longlegs blown onto the water meant that fish were looking up to feed and were caught on Dry Daddies and Hoppers or Gold Head Daddies fished under the surface film. Dark patterns caught well, including Black Pennells and Black and Peacock Spiders, fished on sink-tip floating lines. Bank anglers picked up fish from Davey’s Bank and Gaddacombe Creek, while boats did well in Goodacre Bay, the deeper water near the dam and fishing over the boils.

Drift – Badger Bank continued to provide the best bank fishing, with good fishing to be had throughout the day now that temperatures have started to fall. While there have been some fish showing on the surface on calmer days and late evenings, anglers have favoured sub-surface dark patterns (small black nymphs, UV crunchers and small Woolly Buggers), preferably in teams, fished on a floating line.